A Tale of Two Cinnamons 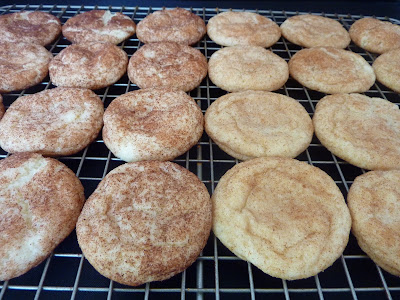 I came home from work the other day and I just wanted to bake. Now this shouldn’t be surprising, but I really wanted to make something homey, something comforting. I didn’t want to try the latest cookie that I’d spotted online or a cookie inspired by something I’d seen elsewhere. So I turned to the cookbook I used growing up: the 1969 Betty Crocker cookbook and I turned to the well-worn, splattered page for snickerdoodles.

I don’t like to make things more than once for my blog, but I decided to try an experiment. When I was at Penzey’s Spices recently, I had picked up two different types of cinnamon. I wanted to make snickerdoodles with the different cinnamons and do a comparison. Half of these cookies used Vietnamese cinnamon and the other half used Ceylon cinnamon. As it turns out, I got a Penzey’s Spices catalog in the mail and I noticed they had a few more varieties of cinnamon. I could only test two this time around. 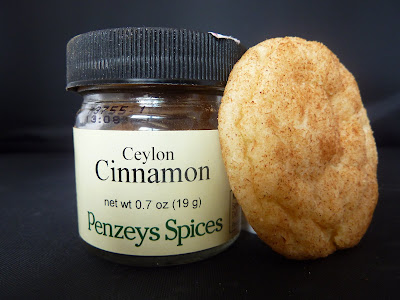 Ceylon cinnamon is quite a bit different from the cinnamon you typically buy at the grocery store. It’s not as sweet and has just a bit of a bite to it. The aroma is woody and that flavor came through in the snickerdoodles. The flavor was subtle, but the Ceylon cinnamon added a bit of a bite. The Vietnamese cinnamon was similar to an extra aromatic version of grocery store cinnamon. For the snickerdoodles, I preferred the Vietnamese cinnamon. It was a bit darker though, which made my snickerdoodles look different. I would use the Ceylon cinnamon in a savory stew or soup, since it had a more complex flavor. It was interesting to try different cinnamons with this tried and true recipe. 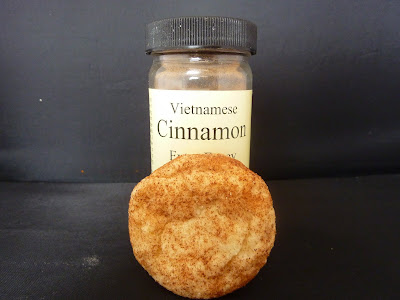 Recipe from the Betty Crocker Cookbook (1969 edition)
Posted by Nicole at 6:00 AM

It's great that you did a cinnamon comparison! I was at Penzey's not long ago and I sniffed all of the varieties and read the descriptions. And now I can't remember which one I bought, but I didn't think of buying more than one and doing a taste-test.