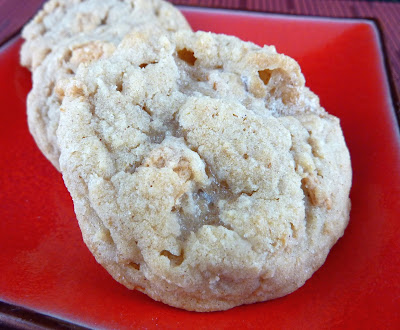 My husband works shorter hours on Fridays, and I don’t work on Fridays during the summer. Typically, he comes home and we get brunch, and then we have most of the day left. Recently, we decided to hit a local walk-up coffee stand for coffee, which is always nice as those folks work so hard. While we were there, I mentioned that we should wander through the local dollar store. Our dollar store used to be a grocery store, and I hadn’t visited since the change. I don’t often go into dollar stores, but there are some useful things there.

While I picked up a couple of little containers and that sort of thing, in the grocery section I noticed that they have small bags of cereal. Well, they are a dollar! Now for most cereal-eating activity, a small bag is not what I want. I did note the bag of cinnamon toast crunch cereal, and I recalled pinning a recipe that called for a small amount. I got the bag and hoped it would work. It did, as the cookies call for just 1 cup of cereal, so I even have a little bit left.

These cookies are somewhat similar to chocolate chip cookies, in that the call for butter, sugar, flour and that sort of thing. The marshmallows and cereal set these apart. It is challenging to bake with marshmallows as they tend to melt in the oven, if left for more than a couple minutes. These cookies try to avoid that by shaping and then refrigerating the dough. This helped and I only had a couple of strangely shaped cookies. This is a small batch, I made just under two dozen, but they are very good and you can clearly taste the cereal. I could have baked mine maybe a minute less, as you can’t really see the marshmallows, but that’s ok!

In a large mixer bowl, beat the butter and sugar on medium until creamy. Add the egg and vanilla and stir to combine. Add the flour, cinnamon, baking soda, and cream of tartar and mix on low until a dough almost forms. Add the Cinnamon Toast Crunch and the marshmallows and mix on low until the dough comes together.

Shape the cookies into 1-1/2” balls and place on a large dinner plate. Refrigerate for at least an hour.

Remove the dough from the refrigerator and place on the prepared baking sheets. Bake for 10-12 minutes until set.

When the cookies come out of the oven, reshape with a plain butter knife if they are misshaped. Cool on the baking sheet for 10 minutes before removing to a wire rack to cool completely.

Recipe from Beyond Frosting