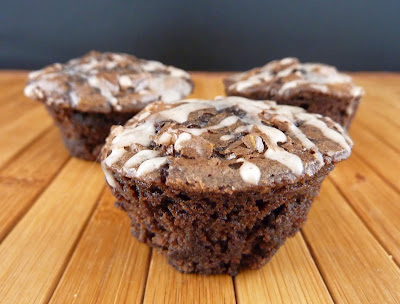 I hope that you are having a good new year! For this first recipe of the year, I chose a good recipe that is quite easy to make. My husband brought me a couple of these brownie bites, made by the mom of his friend at work. They are great, and not too hard. These brownie bites do have a bit of spice, and I don’t like spice very much at all, but these have a subtle spice. They taste like a regular brownie and then you get a little hit of spice at the end.

I’m already back at work, which seems really early, but it’s good to go back and just have a couple of days instead of an entire week. I think many of the students are still on holiday as it is very quiet so far. I have been so tired trying to get into the swing of things that I was so happy that this was an easy recipe. The basis of this recipe is a boxed brownie mix, which I don’t always use, but in this case, it worked out. The quantity of egg, water, and oil is what was called for on my brownie mix, but that may be different depending on the mix that you use. You could make your own brownie batter if you want to avoid the box.

I made 24 brownie bites, so I filled the muffin cups quite full. In the future I would not fill them as much, as they took a bit longer to bake. They shouldn’t be bigger than the muffin cup, and mine were, so I think the ¾ full I did was too much, and also made them difficult to remove from the pan. Make sure to bake them until they are done, which in my case was 14-15 minutes. You really don’t want your brownies to be full of batter. I added a little extra cinnamon to the glaze since I love cinnamon, and it works well with the spicy chocolate.

Heat the oven to 350 degrees. Spray a mini muffin cup with 24 indentations with nonstick cooking spray.

In a large mixer bowl, combine the brownie mix, eggs, water, and vegetable oil. Partially mix on low for 30 seconds. Stop the mixer and add the cinnamon, cayenne, and cloves. Mix again on low, until well combined. The mixture will not be completely smooth.

Bake for 8-10 minutes until a pick inserted in the brownie comes out clean. Cool in the pan for 10 minutes before removing to a wire rack to cool completely.

When the bites are cool, make the glaze. In a small bowl, whisk together the powdered sugar, milk, and cinnamon. Drizzle over the cooled brownie bites. All the glaze to set before serving.