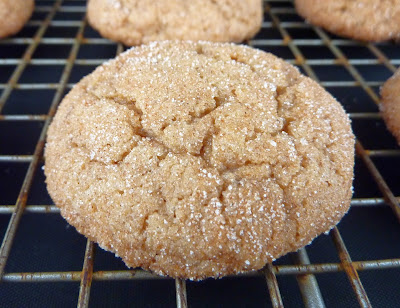 I’m all in for fall baking now, but since I am still stuck at home all I am thinking about is Christmas. I need to stop thinking about that and focus on all the wonderful things there are to bake for this season. It’s proving to be challenging finding recipes that are small batch. I guess the assumption is that for fall and winter, you bake lots of things and give it to lots of different people. That would be nice but seeing lots of people isn’t happening right now.

This is the perfect fall recipe, using apple butter and only making 18 or so cookies. I had pear butter in the refrigerator, but it was a small jar, and I couldn’t figure out how I could use that in a recipe. Since this recipe called for such a small amount of pear/apple butter, this recipe was just right. Pear and apple butter are very similar, but if you don’t have either of those on hand, you could try another type of preserves. I think anything that is relatively smooth would work.

Another reason I like these cookies so much is they are very similar to snickerdoodles, which are my favorite cookie. The similarities are many, such as the use of cream of tartar and rolling the dough in cinnamon sugar. For a while there, it seems like everything was called a snickerdoodle that used cinnamon sugar, but these are truly very similar. Flavor wise, these cookies have a subtle sweetness, and aren’t quite as tangy as traditional snickerdoodles. The pear butter is subdued but makes for a wonderful cookie.


In a larger mixer bowl, beat the butter, pear butter, and sugar on medium until combined. Add the egg and vanilla and mix to combine. With the mixer running on low, gradually add the cinnamon, flour, baking soda, and cream of tartar. Wrap the dough in plastic wrap and refrigerate for at least 2 hours, or overnight.

Shape the dough into 1-1/4” balls. Roll the balls of dough into the cinnamon sugar mixture, and place on the prepared baking sheets.

Bake for 12-13 minutes, until set and beginning to brown. Allow the cookies to cool on the baking sheets for 5 minutes before removing to a wire rack to cool completely.